I love Bahama Breeze and, no, they are not paying me to say that. A friend took us to a location in Las Vegas 10 years ago and introduced us to their Lemon Breeze. It’s a fresh-squeezed lemonade made with pressed sugarcane and it sets the standard for what lemonade should be. Better still? They are one of the few take-your-family-to-a-nice dinner places where you’ll find Caribbean food around here. When they invited me to help kick off their Rumtober celebrations, I was not going to turn them down. 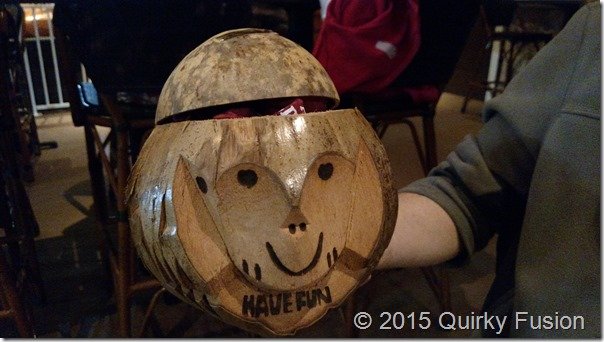 Rumtober 2015 runs from September 21-November 8 and, if you ask me, is just an excuse to celebrate and drink rum. Not that I’m complaining. While we were there, we sampled all three of their rum cocktail flights. We started with the Float My Boat Bar which had a smaller sampler-size of a Curly Tail, Goombay Smash, and Pain Killer. It was lovely. Then we moved on to the Mama’s Hooch & Holler, which was my favorite. That includes a Bahama Mama, Bahamian Sunset, and the Goombay Smash. Last, but certainly not least, was the Shark Attack Shack, which featured a Zombie, a Pain Killer, and a Yaka Hula Hickey Dula. They also have a premium rum flight for those who want to sample the top shelf brands without totally breaking the bank. 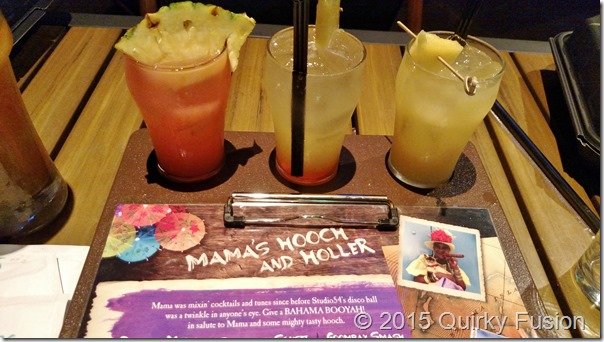 While we were there, they brought out an array of their delicious appetizers. My favorites are the Jerk Wings and the Tostones with Chicken, which is sort of like a Caribbean nacho plate. It’s got twice-fried plantains with salsa, mushrooms, chicken, peppers, and cheese. My kids like these a lot, too, although I didn’t bring them along to Rumbtober… We also had Beef Empanadas, Key West Nachos,  and Pork Carnitas Street Tacos. They have a ton of shrimp appetizers, as you’d expect given the cuisine, but Big Guy and I aren’t much into seafood. The chef also brought out a gorgeous Caribbean-Style Lobster Mac & Cheese, which had an amazing fried lobster tail. It looked like a piece of art, but we handed that over to our dining companion to enjoy. 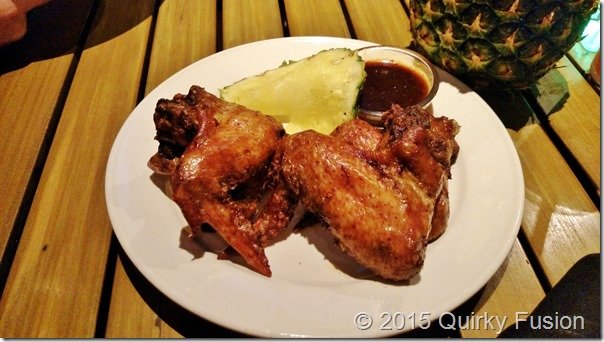 Bahama Breeze has more than rum and appetizers. Their menu is quite varied. You can get a West Indies Chicken Curry Rice Bowl, a Cuban Sandwich, an Avocado & Crabmeat Salad, Jamaican Stuffed Plantain, Creole Chicken and Chorizo Pasta, and I could go on and on. This is the place to go for people who like food with flavor, even if spicy food isn’t your thing. I was completely stuffed by the time we sampled everything they brought out, but if you go, save room for dessert. I am partial to their Rum Cake because, RUM. But they have a Warm Chocolate Pineapple Upside-Down Cake, a Key Lime Pie, and other desserts that I’m sure are also divine.

We were visiting their location in Tyngsboro, MA. Our server, Sandy, told us a lot about the restaurant as a whole, including the fact that each locale has a locket (semi-hidden at this location) that is part of Bahama Breeze lore. When you go, ask your server about it. She also told us that they make everything themselves, down to the drink mixes and salad dressings. I love this for a few reasons. First, you know that the restaurant puts a lot of care into what they are doing if they aren’t even going to outsource a salad dressing. Second, as a family that deals with food allergies, it’s nice to be in a place where they KNOW if their food is reasonably safe.

So, it’s pretty clear that I recommend Bahama Breeze, but if you like rum, you definitely want to get there before November 8!

Disclosures: We were treated to complimentary drinks and beverages and received a few promotional gifts. There was no additional compensation and the opinions in this post are my own.

TogetherGreen Invites You to do Some Spring Greening