LadyBug loves pink and purple. It’s inexplicable to me, but there it is. It’s not at all surprising that Pinkalicious by Victoria Kann is one of her absolute favorite books. Bug complains Every. Single. Time. we read it because, after all, boys hate pink from the very core of their being. They hate it so much that they can’t possibly listen to a story with pink in the title. And yet, if that’s what we insist on reading, he manages to make it through and appear completely engaged by the end. The Pinkalicious cupcakes were a similar journey.

I promised LadyBug that we could make Pinkalicious cupcakes so one afternoon, I pulled out some cake mix (no from-scratch baking with kids involved – I’ve drawn the line there) and we set to work. I usually don’t use my Kitchen Aid mixer for cake mix, but I thought it would help mixing in the food coloring. By the way, use the gel food coloring as it doesn’t add a lot of moisture to your batter. Not a huge deal for a few drops, but just a good tip to remember for when you want deeper colors. 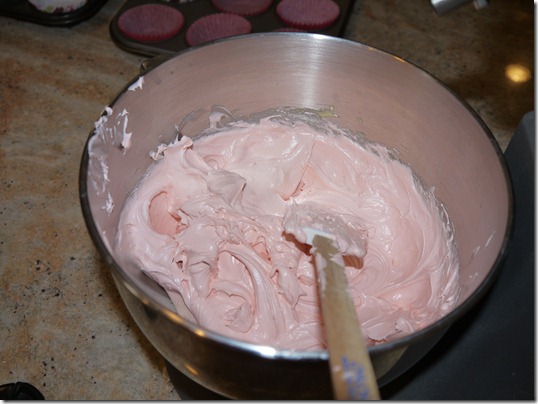 We ended up with this lovely shade of pink. I didn’t want to get too red, but also needed to counteract the yellow of the cake mix (yes, I could have chosen white, but the yellow is a better flavor!). 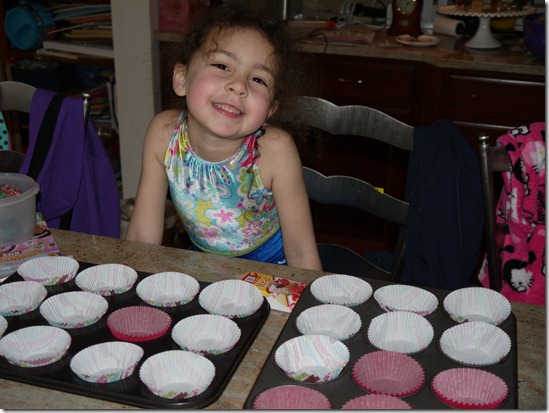 LadyBug was a big help doling out the cupcake liners. We used bright pink and some with a funky pattern in pink and other fun colors.

After the cupcakes baked, we went to the bus stop to get Bug. LadyBug told him that we had baked pink cupcakes and he stopped in the street and burst into tears. All the way home he whined and cried that we had selfishly made pink cupcakes and not red, which is his favorite. He insisted that he never ever gets anything special (despite a trip with me to Chuck E. Cheese the day before without his sister). He howled about the HORROR of pink cupcakes. I suggested that he might just not get to eat one anyway.

Eventually, Bug came around. I mean, he’s not one to turn down a cupcake of any color. I offered to frost his cupcake with chocolate or plain white vanilla, but his anti-pink protest was over and he decided that it would be fun to have pink, too. He even used pink sprinkles (with some red ones thrown in). 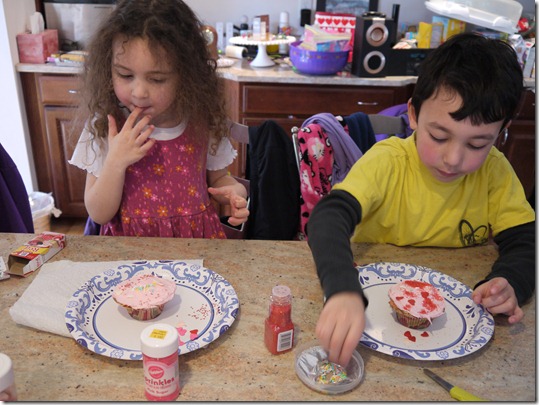 The Pinkalicious cupcakes were a big hit. I might have even had one or two (or more).

The Road to Delicious Perfection–Apple Cider Donuts with Maple Frosting

In Which LadyBug Turns Two