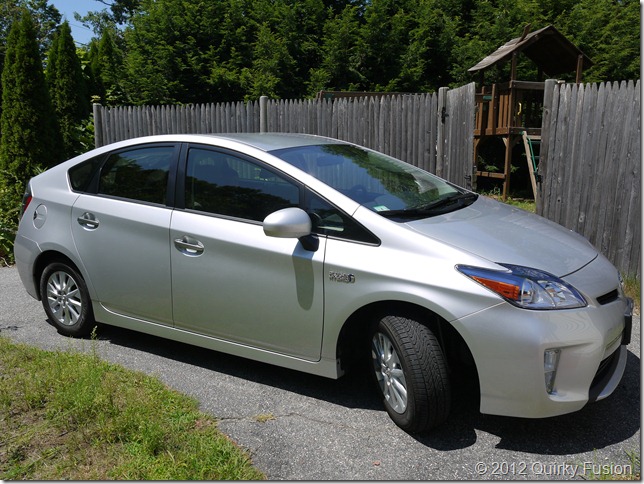 You may have followed my journey so far with the Toyota Prius Plug-in Hybrid. Basically, I was given a loan so I could test drive, but wasn’t really aware that I was driving the plug-in version. The Prius was a pleasure to drive. I’m used to a mini-van, so it was an adjustment, and it certainly doesn’t have the same power as my larger vehicle. But once I got used to the car and started to pay attention to some of the dashboard information (see below), it became fun to drive. This is my overview of the Prius Plug-in Hybrid as a family car.

The driver area of the Prius Plug-in has a very modern feel, almost like you’re sitting in a space shuttle. It’s sleek and feels reasonable spacious. I like the center console with the storage space underneath and under the armrest, but there isn’t a great place for a cell phone. It’s a small thing, but it felt strange to me. 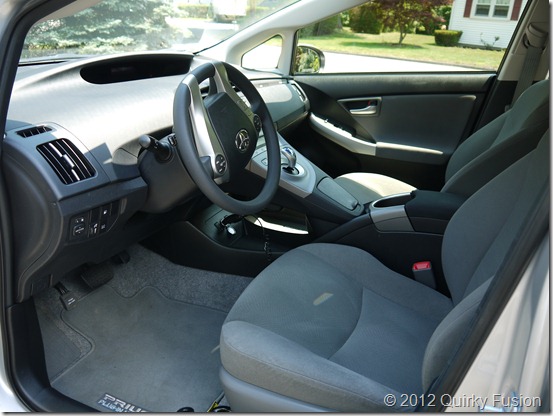 To start the car, you’ll place your foot on the gas and press the power button (you don’t use the key). To shift, you move the stick into position and let it snap back to a home spot. That took some getting used to, but I found it easier to use in the long run. The Prius Plug-in has a back-up camera as a standard feature and the car beeps when you place it in reverse. I’m not sure if that can be disabled. 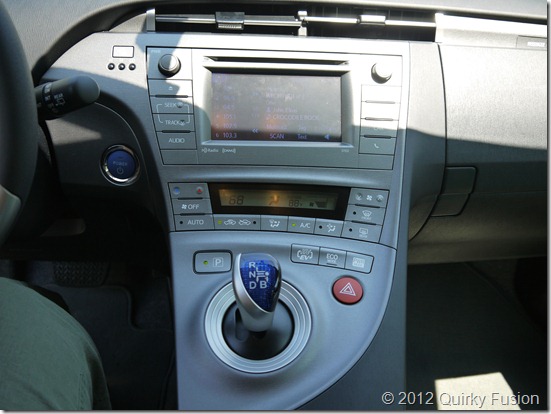 The back seat is comfortable, but not overly spacious. An adult would probably feel cramped back there on a long car ride, but it’s perfect for kids.

As you can see, two booster seats fit in with no problem. Three car seats would be very tight, if it can happen at all. This is a better car for a one-infant family or a family with two kids. You’ll see that the trunk storage would be a challenge for strollers and other baby gear unless you’re able to put down one of those rear seats (it’s a 40-60 split). 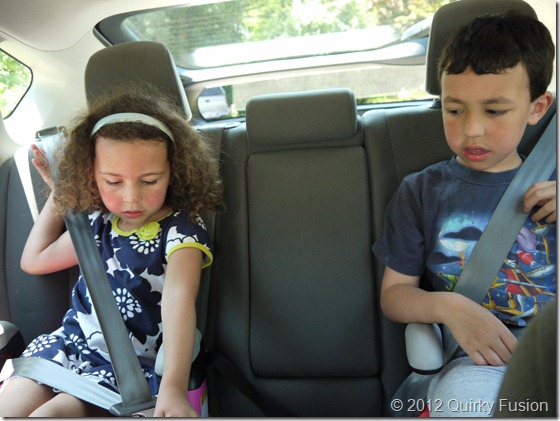 The trunk space is reasonable for the size of the car and includes a retractable shade. 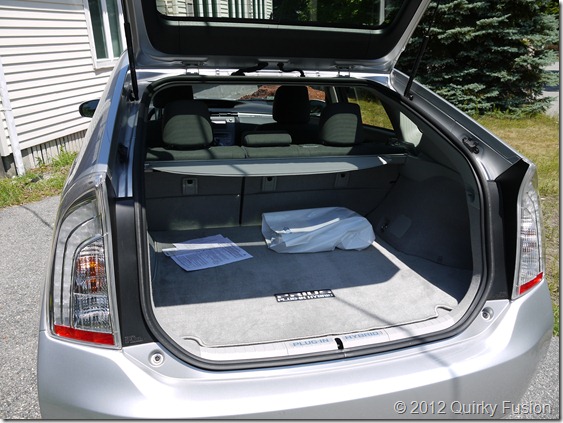 One of my least favorite aspects of the Prius… rear visibility. It’s atrocious. 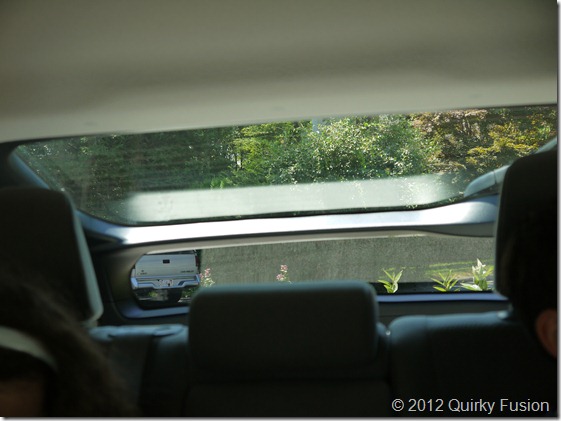 So, if you’ve been following the saga, you may be wondering how I realized that I was driving a plug-in. When I was returning the Prius, I asked about some of the display information. Turns out that one of the screens is specific to the fact that the Prius Plug-in can run in electric mode or hybrid mode. If you opt for electric mode, the car will run until the battery runs low (up to 15 miles). It will then switch to gas power until you charge it. If you’re not familiar with electric cars, this may not seem important, but it can take an hour and a half or more to recharge your battery. It’s not a big deal if you’re sticking close to home, but if you want to drive any real distance, you’ll need to factor in charging time to your trip. This allows you to reap the benefits of an electric vehicle for commuting to and from work, running errands, etc., but have the security and convenience of a hybrid for weekend getaways. The car charges on either 120 or 240 volt outlets and you’ll be seeing more and more public charging stations over the next few years. 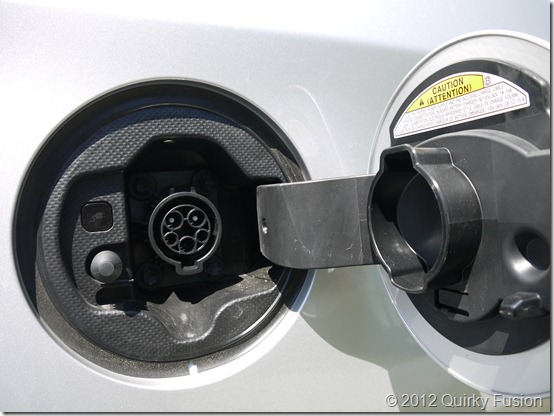 The Prius Plug-in is a compelling choice as a second family commuter car. It doesn’t pack a ton of power, so it’s not ideal for extensive on/off highway driving or for people who crave speed. It is fantastic for city driving and local errands. This is not to say that it can’t handle the highway – we did several short road trips (45 minutes to an hour) that were pleasurable. Overall, it was a hit, but I can’t see it replacing my mini-van in the driveway. I should also note that the Prius Plug-in Hybrid is only available in limited quantities in certain states and won’t be widely available until 2013.

Bill Nye and the Tech Behind the Toyota Prius c

2 Responses to Driving with the Toyota Prius Plug-in Hybrid