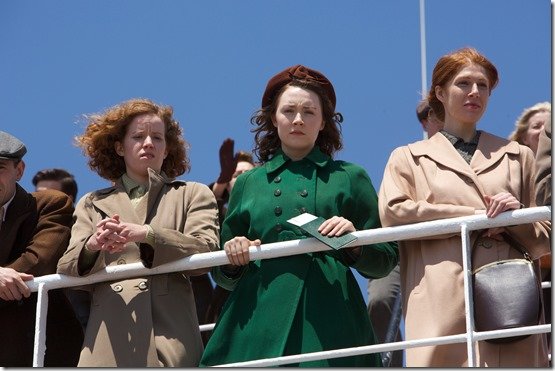 My great-grandmother Stefanida Lisien (or Lizen, according immigration records) arrived at Ellis Island from Russian in 1914 at the age of 23. She came on her own, on a ship called the Czar, with her two young sons. I think of that often, of the strength that it takes to leave everything familiar behind and start a new life in a foreign place. I think we take it for granted now that we can look up pictures online, call to make arrangements, and fly back and forth with ease. Brooklyn tells the story of a young women who comes to America from Ireland in the 1950’s and has to create a life here, away from her family and friends. I also have family from Ireland, although they arrived even earlier than Stefanida did, so I was thrilled to be asked to help coordinate an advanced screening of the film for some fellow bloggers. [Disclosure: This post is sponsored. However, it is my honest opinion of the film.] 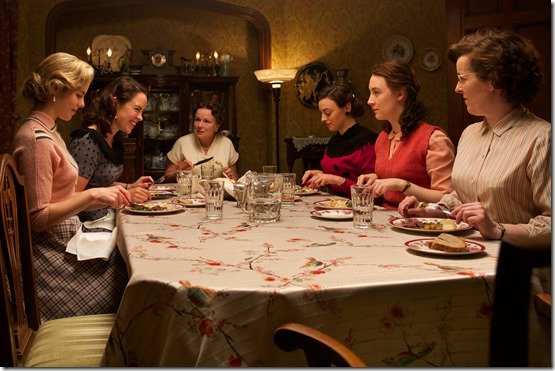 Brooklyn stars Saiorse Ronan as Eilis Lacey, who comes to American to start a new life. She is lucky to having housing and a job waiting for her. but she is still terribly homesick. Slowly she makes new friends, finds a beau, and begins to find happiness again. But when she needs to return to Ireland in the wake of a tragedy, she finds herself torn between the home she knew and the home she has begun to build in New York. The tale weaves in romance, heartache, love, adventure, and humor into a rollercoaster ride of emotions. 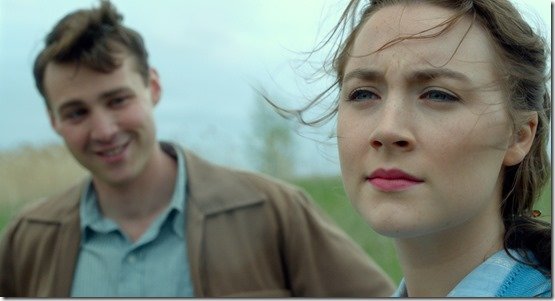 I went into Brooklyn knowing little about the story, which is based on the novel by Colm Tóibín. As I mentioned, I was asked to help coordinate the screening and to share my thoughts about the movie. Admittedly there were things I loved about it and things I found maddening. Saoirse Ronan is a talented actress and she conveyed quite a bit with subtle shifts in facial expression. Still, I felt like I never quite grasped the character’s motivation. The flaw with a protagonist who is naturally quiet is that you’re never 100% certain what she’s thinking. This didn’t stop me from being glued to the screen, captivated by the story, and swept away by some truly stunning cinematography. Despite some fogginess about what was going on her head, I couldn’t wait to see how everything turned out. 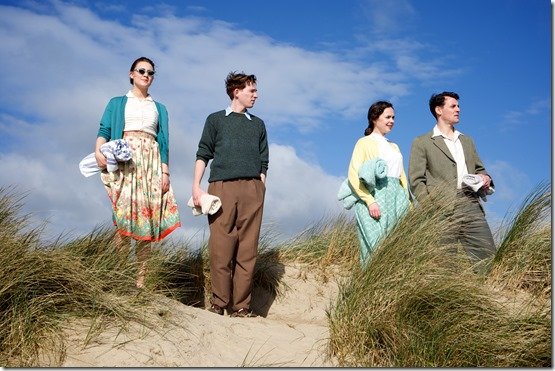 Ronan isn’t the only actor worth mentioning. Julie Waters as the boarding house mistress Mrs. Kehoe is delightful as she tries to manage a gaggle of young women with wit, sarcasm, and the occasional reference to “the Lord..” Every scene she was in either hilarious or deeply moving. Emory Cohen plays Eilis’ love interest, Tony Fiorello. He’s adorable and sweet and so lovable that you can’t help but root for him. All in all, it’s a wonderful cast!

Brooklyn is out in theaters, so grab your friends for a lovely girls’ night out. The (mostly) women in our theater laughed, cried, and even gasped out loud as we watched. We were all taken in!

It is rated PG-13 and there is a sex scene. It’s mild, but probably not suitable for younger kids.

Disclosure: This post is made possible by support from Fox Searchlight Pictures. However, all opinions are my own.