Exactly one week before Christmas Eve, I was able to treat my 6-year-old daughter to a special event, attending Irving Berlin’s White Christmas on stage at the Citi Wang Theatre in Boston. I’ve watched the movie every Christmas season for as long as I can remember and it is one of my favorite films of all time. We were both very excited to see the stage production right here in Boston. 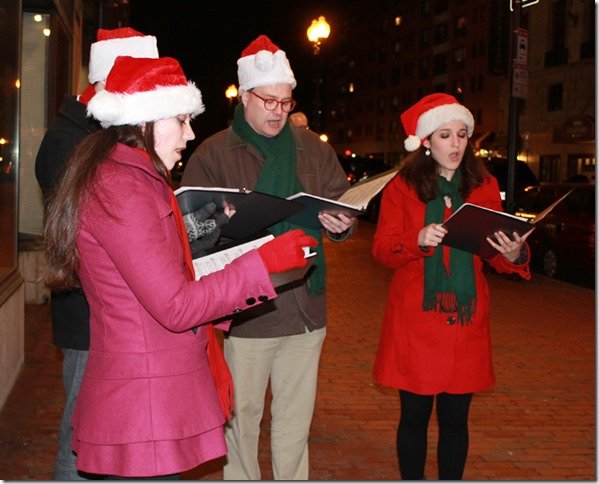 An hour before the curtain, we waited excitedly outside, while carolers serenaded us with holiday songs. The weather was perfectly cool, but not freezing. And in spite of the show title, I was grateful for no snow! The four lead actors arrived via 1940 Buick Limited Series Touring Limousine, and we were lucky enough to be included in a group waiting for their red-carpet entrance. My daughter, Quinn beamed when, Trista Moldovan, the actress who portrays Betty Haynes, pointed out that they had the same red hair, as she graciously signed our programs. 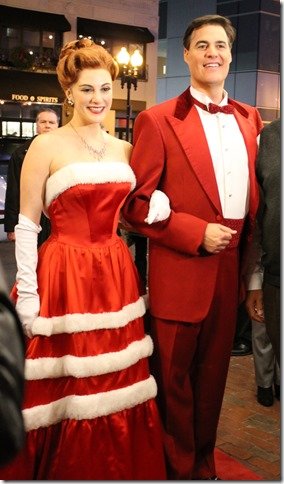 Being such an avid fan of the 1954 film, I went into it with much trepidation. I knew I could not compare these brave actors to the original film cast. To play parts so well known by the great Bing Crosby, Danny Kaye, Rosemary Clooney, and even the lesser-known Vera-Ellen, is truly gutsy! I was immediately drawn in by the voice of James Clow (Bob Wallace.) He put my fears to rest with the opening scene, set during World War II on Christmas Eve 1944. His own rendition did a beautiful job of wooing the audience with the title song.

The greatly revised script also helped take us away from too much comparison to the movie. This production adds several more musical numbers, and beefs up the parts of other characters, such as Martha, the innkeeper’s resident “busybody.” A part splendidly played by Pamela Myers. That said, many of the revisions seemed to eliminate some of the subtle humor that I love about the original. And for the entire first act, I wondered why there were no taps on any of their shoes. The dancing was extremely well-done, and I couldn’t get over this.  It would have added so much to the production.

By the time the curtain went up after intermission, I was relieved to see a fantastic tap number open act II. Jeremy Benton (Phil Davis), and Kaitlyn Davidson (Judy Haynes) lead the ensemble in the fabulously done number, “I Love a Piano.” This time, with the taps on their shoes! As this was way past Quinn’s bedtime, I thought she’d be nodding off by now. No way. she was wide-eyed and all smiles for this. The second act even gave the spotlight to little Susan, fabulously played by Elizabeth Crawford. She was a highlight of the performance. I could tell Quinn just wanted to be in her shoes up on that stage. 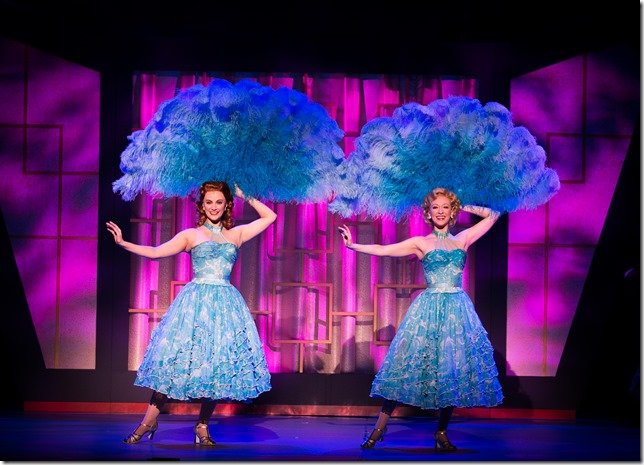 The show is marketed as appropriate for all ages, but I would say that a great deal of the story line and most of the jokes went right over my daughter’s head. And with a run time of 2 hours and 45 minutes, including the 20 minute intermission, it’s a bit long for younger kids. The musical numbers kept Quinn captivated, but she is a seasoned theater-goer. I wouldn’t choose this as the show you take your kids to for their first theater production, especially if they are on the younger side. As we left the theater around 10:15pm there were lots of droopy-eyed kids leaning on their parents.

If you’ve never seen the original film this production is a fun holiday treat. But be warned, if you are a die-hard fan of the original and you can recite all the lines, you may find yourself disappointed with some aspects of the stage version. You must be willing to go in with an open mind and not expect to see the film translated to the stage verbatim. Either way this show will put you in the spirit to don your Santa hat and tap dance your way through your to-do list this season.

If you want to catch it, there are still seats available.

Use  the link below to save 20% per ticket for select performances, and buy tickets now using the code IBWC60.

Disclosure: We received complimentary tickets to the show for review purposes. There was no additional compensation and the opinions above are my own.