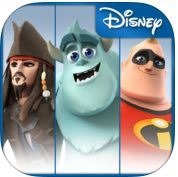 If you’re already a Disney Infinity fan, this is pretty exciting. If you’re not, well, maybe this will sway you. Maybe not. The new Disney Infinity: Toy Box app (iPad) is available in the App Store and it’s free until October 15. I took some time to play with it and I’m impressed so far.

The Toy Box app allows you to design and play in Toy Boxes, just like you can on the console. For the uninitiated, Toy Box mode is a free-play space where you can build and design all sorts of play environments, including games. What makes this so amazing is that you can save your iPad Toy Box and play it on your console, and vice versa. And, when you unlock things on the console, they become available for your iPad creations. It starts with Mr. Incredible and additional characters can be unlocked through the codes in the physical toy packages, or via in-app purchase. Note that in-app purchases are only for iOS and do not transfer to the console or PC game (not yet available). 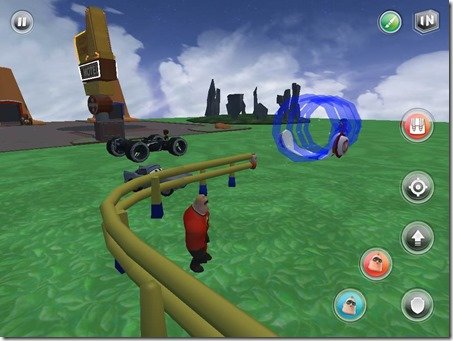 What you should know:

To connect your console Disney Infinity to your app:

Overall, the Disney Infinity: Toy Box app brings a lot of extra value for those of us who purchased the game. You can take your game on-the-go and build while you’re waiting in the doctor’s office or on rainy vacation days. It’s still a fun app (especially free) for those who don’t have the console game, but it will be missing a lot of the Wow factor.

Disclosure: We received a Disney Infinity Starter set for review purposes. There was no additional compensation and the opinions contained in this post are my own.