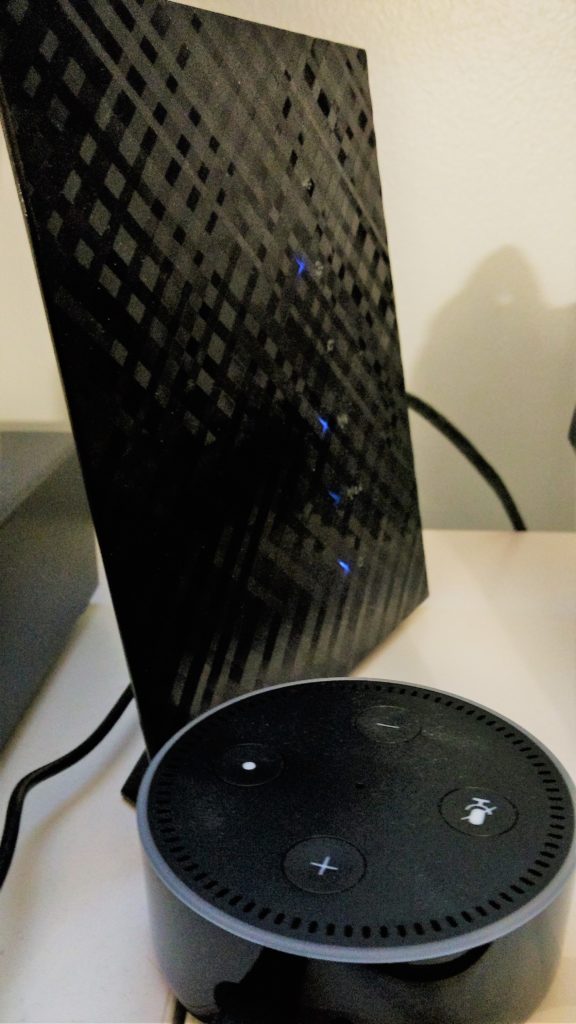 The evening after Verizon FIOS asked me to help spread the word about the arrival of FIOS in Boston, our Verizon FIOS Internet service at home went out. I kid you not. I was trying to wrap up some work for the night when the Internet stopped responding. I rebooted my router. Nothing. Not much later, my husband came up from his office. He was having trouble, too. He spent some time trying to diagnose the problem before finally calling Verizon to troubleshoot our equipment. But it wasn’t a hardware problem; our service was down and was due to come back on at about 3 am.

This may seem like a strange story to share, but it’s actually quite remarkable. Why? Because in the 12+ years we’ve had Verizon FIOS, I don’t ever remember having a problem with it. Sure, when the power goes out, we can’t use our service, but that’s not their fault. It has been so reliable that I don’t even think about it going down. That is pretty amazing.

We initially installed FIOS when we bought our first house together, just after we got married. We were heavy Internet users (and cable TV addicts) and my husband enjoyed some online gaming, but we had fewer than 10 devices on our network. We had a few computers, some DVRs, a printer, and that’s about it. We have since had two kids and moved to a new house (bringing Verizon FIOS with us) and our technology use has exploded. I now run a business from home. We have a half dozen computers, two printers, another half dozen tablets, numerous gaming consoles, a VOIP business phone line, cell phones, smart TVS, DVRs, Internet-connected light bulbs, Internet-connected outlets, several Amazon Echo Dots (and one Echo), a Minecraft gaming server, and a few cell phones. All on our network using our Verizon FIOS Internet services. We’re surfing, streaming, gaming, and communicating all the time.

I have to be honest, I was not at all happy to be without Internet service. It’s easy to take the service for granted when it’s always there, but once it was gone I realized all of the things I couldn’t easily do, everything from the obvious (no Facebook!) to the more obscure (asking Alexa to turn off my office lights for the evening). I don’t know why our service was out – they never told us – but I can say this: by the next morning, it was back on, and stayed there.

So with all of that, I was pretty shocked to find out that FIOS was just coming to Boston. I just assumed it was already there. I guess that just goes to show you that there are still lots of perks of living in the ‘burbs!

Wondering if you can get on the Verizon FIOS bandwagon? You can check that out here.

Disclaimer: This post is sponsored by Verizon FIOS, but all thoughts and opinions are my own.

Internet on the Go with a Verizon Jetpack MiFi

A Tour of the Nutcracker Suite at The Ritz-Carlton, Boston Common