As Halloween approaches, it’s time for some creepy crawly fun. We had the chance to host a HEXBUG Halloween party this past weekend. We wove it into a Boston Bruins celebration for Bug and Big Guy’s birthdays, but the HEXBUG Nanos definitely had a starring role with the kids. We had some new glow-in the dark track (very cool) and a variety of new HEXBUGs, including the Larva and the HEXBUG Halloween Zombie Nanos. The Boston Bruins branded HEXBUG hex cell was my own doing. They unfortunately don’t sell them that way!

Radio Shack has the limited edition HEXBUG Halloween Zombie Nanos, and you can bet that they’re going to be selling out. These adorable HEXBUGs come in a black or orange coffin and have a glow-in-the dark exoskeleton. They retail for $5.99 and are only available from Radio Shack. Don’t wait to pick up a couple of these. They’re really nice gifts for your kids, and a nice way to swap out some candy for something without sugar! 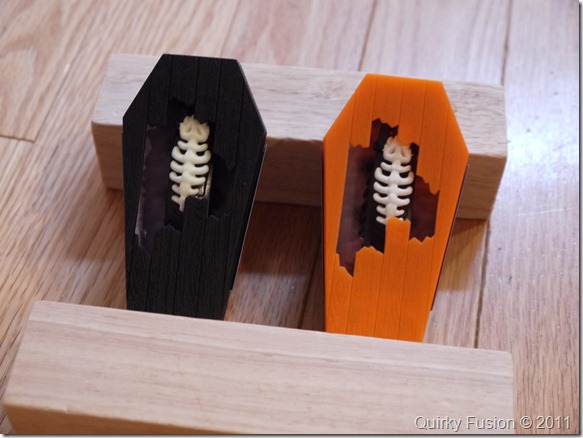 We also had a chance to take a look at the new HEXBUG Larva up close. Admittedly, these guys creep me out, and have since I first saw them. But once we had the time to play with them, I also decided they’re pretty cool. They have a sensor that causes them to change direction when they approach an obstacle. It makes them decidedly creepier, since now they seem to have some intelligence, but they have grown me. I hope HEXBUG makes one in the future with an LED or a glow-in-the-dark shell, because they would be perfect for a disturbing haunted house display. 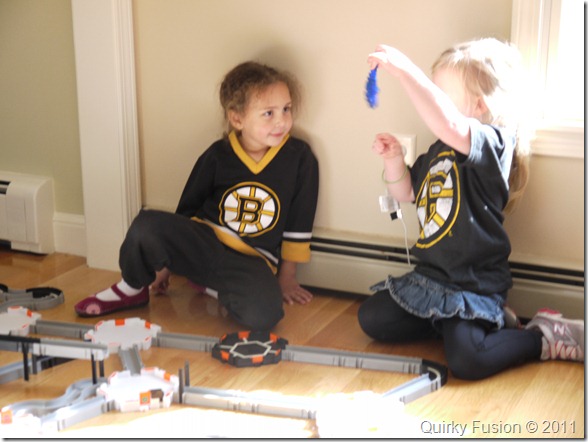 Here’s what Larva looks when it’s just roaming around:

Our red HEXBUG Larva. And, yes, it is a little noisy on the hardwood floor.

So, there you go. Our HEXBUG Halloween party was a hit. The kids were all thrilled to go home with HEXBUGs of their own. My kids, of course, believe that you can never have too many HEXBUGs and I am inclined to agree. Shh… don’t tell, but we’ll be surprising another bunch of kids with HEXBUG fun at Bug’s friend birthday party at the end of the month. We love to share the HEXBUG goodness!

Disclosure: We received a HEXBUG Halloween party kit from BSM Media and InnovationFirst. There was no promise of a positive review and the opinions contained in this post are my own.

The 6th Birthday That Almost Wasn’t